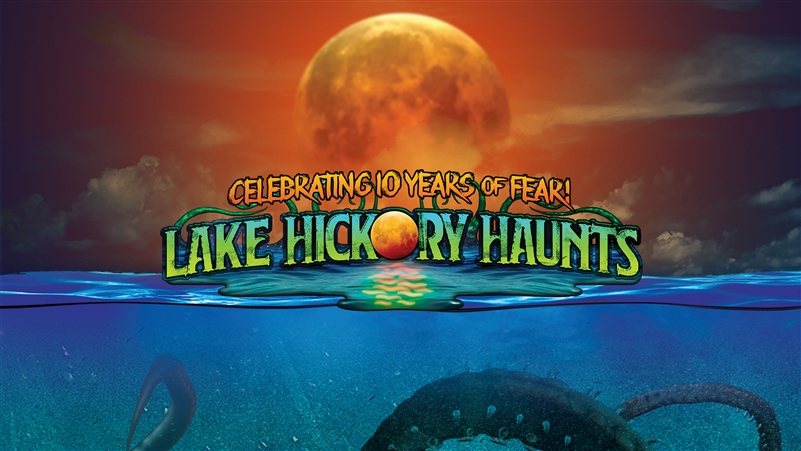 What's new at Lake Hickory Haunts for 2021? Do you have any new rides, attractions, or special features that Haunt Seekers should know about?

This year, we have truly outdone ourselves. We have constructed an all-new 3800 square foot building which is our new Box Office, Gift Shop, Restrooms, and more. Plus, we've added a second Midway with much more space! Featuring a Dj in a flying pirate ship, coffin rides, food, photo-ops, and much more. Also brand new is our huge concessions, VIP Lounge, and Coffin Rides. But wait, there's more... The Mangler is a brand-new 2021 attraction featured at the end of the haunt tour. Lair of the Undead has also been expanded and totally overhauled with more detail and scares than you thought possible. In addition, we have totally renovated our parking lot and increased its size by double. Lastly, we have re-worked and re-themed our Relic escape room and added new puzzles to it. There are more small additions throughout the entire property, so yeah... If you've ever visited Lake Hickory Haunts before, you have to make it to our 10th Year of Fear!

What are you most excited about for the 2021 Halloween Season?

Mostly, I can't wait to see our fans reaction after experienced how improved and expanded our show is this year. I'm also excited about our concerts, special events, and celebrating 10 Years of Fear throughout the entire season!

One of the reasons we're unique is because we are located right on the banks of Lake Hickory, which gives Lake Hickory Haunts an incredibly creepy and awe-inspiring back-drop throughout the outdoor attractions. In addition, we offer many unique attractions such as Aquaphobia, which is a water-side attraction in which guests walk across the water on a floating dock before entering the village of Aquaphobia!

10 Years. We have been growing and expanding every years since day once. We're more excited about where we're headed than where we're growing!

There are too many to name, I love what I do! 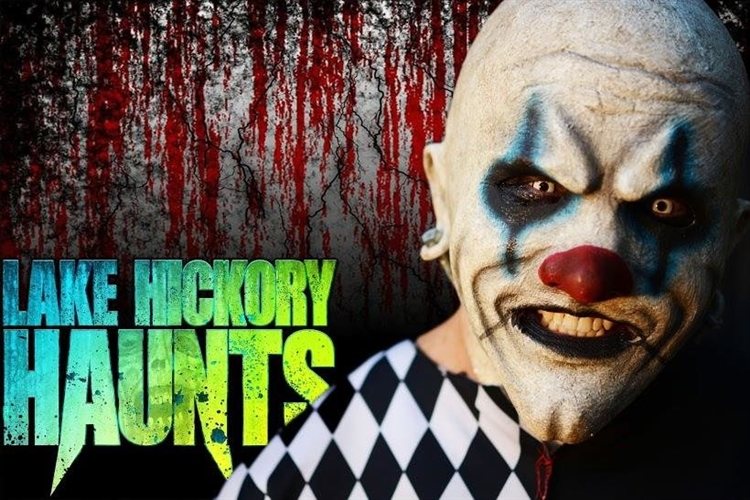 I would say an 8.5, because I want our product to be enjoyed and appreciated by all Lake Hickory Haunts guests. Too scary is no fun after a while, we have scares, fun, and thrills!

Not any documented haunted history. However, there are MANY strange occurrences at the haunt regularly throughout each year.

I have acted in haunts since I was 7 years old. In addition, I have always been impressed by the immersion Disney World is able to deliver. These things combined with my passion for entrepreneurship is what inspired me to open Lake Hickory Haunts. My favorite part of this business is seeing our customers reactions after experiencing Lake Hickory Haunts

New technology has enabled us to enhance Lake Hickory Haunts in many ways. One example is our use of CGI TV FX, which you will see lots of this season!

Yes we can accommodate large groups in our midway areas. However, when it is time to enter through the main attractions, groups will be separated into smaller groups. This is for the sake of safety and immersion of the sets and scenes.

Yes, we offer a $3 discount for military, police, fire, and EMS workers... when purchasing on site (must show Badge/ID). Also, online tickets are discounted, while on-site tickets are not. Purchase tickets online and in advance for the best ticket price.

This year, we have dedicated more time, sweat, and energy into creating the biggest and most elaborate show you've ever imagined at Lake Hickory Haunts. With concerts featuring bands like: Small Town Titans, September Mourning, Shallow Side, Jive Mother Mary, Magnolia Bayou, Replika, and more special guests like the Creepers Cousin and the Screen-Used Jeepers Creepers truck, this is definitely going to be a year you DON'T WANT TO MISS! Mark your calendars, Lake Hickory Haunts 2021is open September 18 through November 13th.