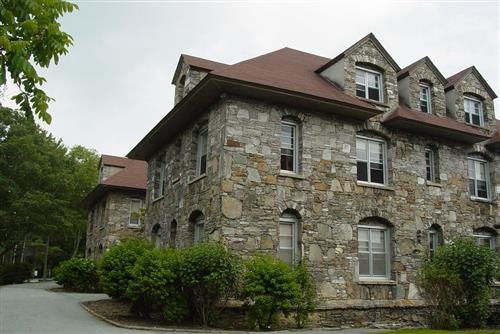 Established in 1900, Lees-McRae College is named after Suzanna Lee and Elizabeth McRae, named by founder Reverend Edgar Tufts after a renowned educator (Lee) and the school's benefactor (McRae). Friendly ghost, Emily Draughn, is said to be found around Tate Dorm. The site of the dormitory was once Grace Memorial Hospital, which was where Emily died of tuberculosis during the 1930s. Outside of some pranks, like making the phone ring, operating the elevator, and shifting furniture, Emily doesn't appear to have any malicious tendencies.