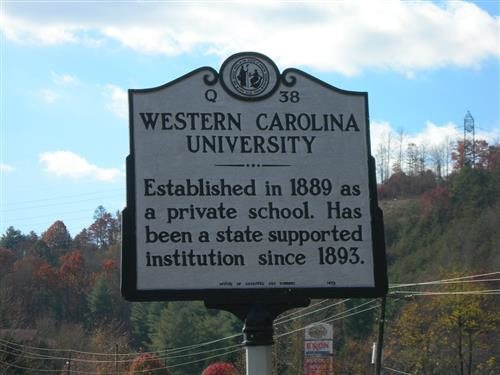 The story that has floated around WCU for decades involves two female roommates in the 1960s that decided to remain on campus during a school break. Supposedly, one of the girls left the room to go take a shower, but was gone for a suspiciously long time. When the other girl went to go investigate, she stood frozen by the door as a set of scratching noises accompanied a scream from the hallway. Out of seemingly nowhere, a repair man walked by outside the dorm's window and yelled up that everything was okay, and for the girl to stay in her room. She obliged out of a crippling fear, but as it turns out, the other girl had been raped and murdered.

Rumors suggest that the spirit of the murdered girl never left the Moore Building, instead staying to terrify future classes of girls with screaming and crying bouts. In a strange twist on the regular ghost story, the murderer was apparently arrested and served time in a mental institution, only to die in the mid 1980s. Since then, the sightings of the murdered girl's ghost have been few and far between, as it is believed that she has now found peace.