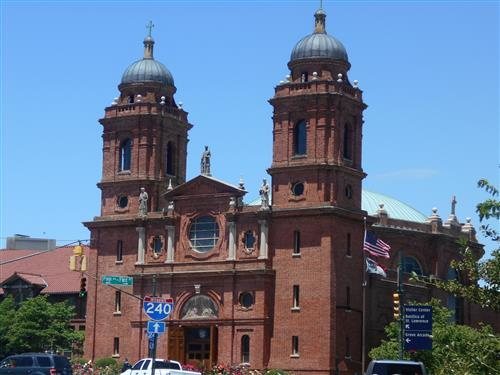 The Basilica of St. Lawrence is an architectural marvel in Asheville due to the unprecedented dedication of architect and builder, Rafael Guastavino. Built in 1905, the Basilica features an ancient Spanish tile and mortar building system that dates back countless centuries. Known as the Guastavino system in America, the style has been emulated in Grand Central Station, Carnegie Hall, and Grant's Tomb, among many others. The church also features a dome that spans 58 x 82 feet, which is reported to be the largest unsupported dome in North America.

Since the building also contains Guastavino's crypt at the rear of the chapel, which contains Guastavino, his wife, and his daughter, many believe that Guastavino's spirit still resides in the building his body once made. Similarly, a priest who died in the church is also believed to be present in some capacity. Witnesses have reported a variety of apparition sightings, as well as cold spots, glowing orbs, and doors that open and close at random.

Share Your Experience or Comments - Basilica of St. Lawrence
Get More Info