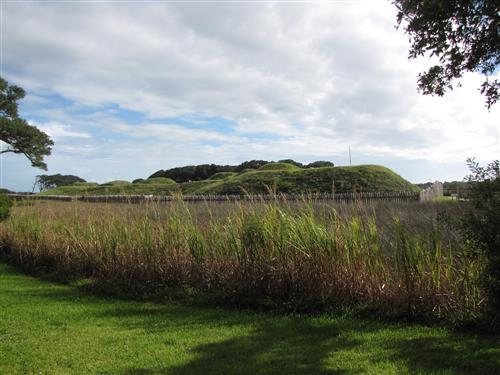 Fort Fisher served as a crucial protection point for the Confederate Army between 1861 and 1865. The fort existed as a barrier to protect Wilmington's trade point, which it did so admirably until its capture by the Union Army in 1865. Since a raging battle led to the fall of Fort Fisher, and ultimately aided the Union in winning the war two months later, many disturbed spirits are believed to still be at the site. Paranormal occurrences range from energy orbs, phantom footsteps, falling items, and sporadic gunfire.

Among the most “famous” spirits thought to be lingering are Robert E. Harill, a mysterious outcast that died under equally mysterious circumstances, and General William Whitting, who was taken prisoner and died in 1865 at Fort Columbus. Many believe that Whitting's spirit returned to Fort Fisher out of an inability to reconcile with the loss of life and goals; losses that he still feels directly responsible for.