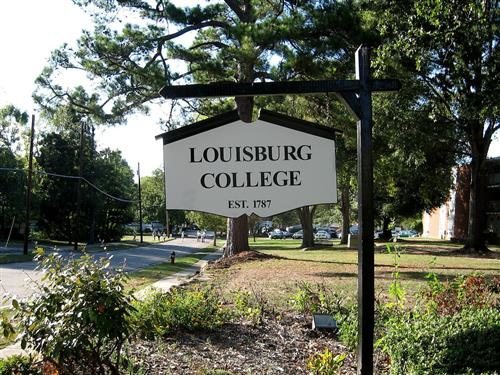 Louisburg has undergone a number of name changes and academic shifts since its founding in 1787. It was originally known as Franklin Male Academy, but also became affiliated with Louisburg Female College in 1857. The institution received its current name in the early 1900s, and has operated as a private Methodist college ever since.

The ghost stories at the college start in its Main Building, which was converted into a hospital for the Confederates during the Civil War. Almost reminiscent of the main character from Dalton Trumbo's Johnny Got His Gun, the building is apparently haunted by a young boy who attempts to make noises despite lacking a face.

The dormitories are also believed to be haunted, with Merritt Dorm being the source of slamming doors, phantom faucets, cold spots, radio interference, and occasional spirit sightings. The Kenan Girls Dorm is said to be haunted by Mrs. Kenan herself, whose activities on the fourth floor result in visible green glowing.