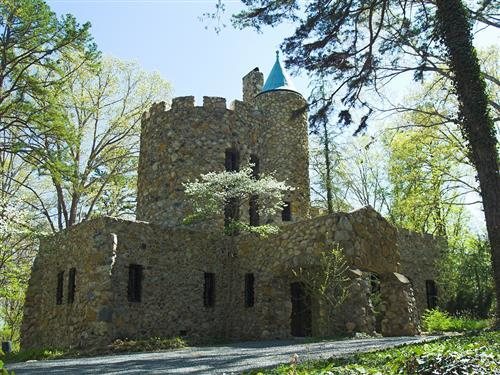 Shrouded by mystery and with only the vaguest of certifiable facts to base off of, the legend of Grimghoul Castle is one of the most enduring stories at the University of North Carolina. The castle was constructed in the early 1920s at a cost of around $50,000. While much of the details of its construction are unknown, it was funded by the Order of Gimghoul, a collegiate secret society founded in 1889. The society based its name off of Peter Dromgoole, a UNC student that disappeared without a trace in 1833.

While the castle itself fuels the imagination, the paranormal stories that surround it are even more interesting. According to one story, Peter Dromgoole was buried somewhere on the castle's grounds after losing a duel over Fanny, the girl of his dreams. In another, Fanny clutched Peter in her arms as he bled out from a gunshot wound from the duel. Other accounts say that Fanny didn't know about Peter's murder and held on to hope that he would return; hope that she took to her grave. Whatever you choose to believe, it seems that Peter's spirit remains at the site, and resides at the castle that was built in his honor