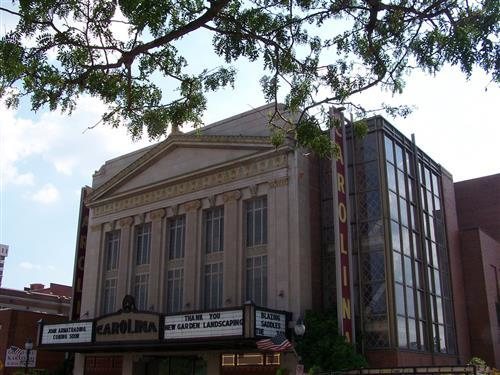 The Carolina Theatre in Greensboro is the site of two events that have been said to have permanently haunted the building. Though the theatre was opened on Halloween night in 1927, the opening was plagued by the death of a construction worker who fell to his death during the building's construction. More well-known, however, is an incident in 1981 in which a woman hid inside the theatre after closing and was killed after a fire broke out. Her body was recovered in the stairwell, and since her presence in the building was unlawful, it is widely believed that she set the fire herself in a suicide attempt. Today, visitors of the theatre claim that odd occurrences, like seats moving and lights flickering, are proof that her spirit remains in the building.

Share Your Experience or Comments - Carolina Theatre
Get More Info