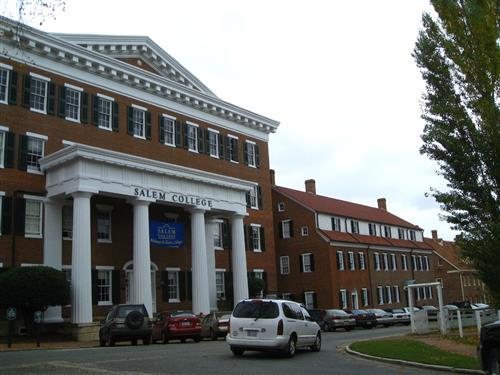 Salem College has undergone a number of transformations since its founding in 1772. Originally built as a primary school, it later was turned into a high school, and then finally a college. It is consistently ranked among the best colleges in the nation, and has the distinction of being the United States's oldest female educational establishment that is still a women's college.

An institution with over two centuries of continued use is bound to have a colorful history, and Salem is no exception. The Gramley Building is the site of a library where two girls were killed in an electrocution accident in 1907. According to reports, the girls visibly manifest and scream at students. Similarly, a student allegedly hanged herself in the attic of Gramley's dormitory, leading to students hearing dragging and scratching sounds from the attic.

A young girl fell down an elevator shaft in Clewell's dormitory,making many believe her presence is still in the building. The school's other dormitory, Babcock, is said to have a painting in its lobby of Mary Reynolds (daughter of R.J. Reynolds), whose eyes that follow students as they walk by. Last, but certainly not least, the Fine Arts Center has had a variety of paranormal disturbances, including a phantom pianist who plays pianos and organs, and a patron who died in Theatre #2 and still lingers to this day.

Share Your Experience or Comments - Salem College
Get More Info