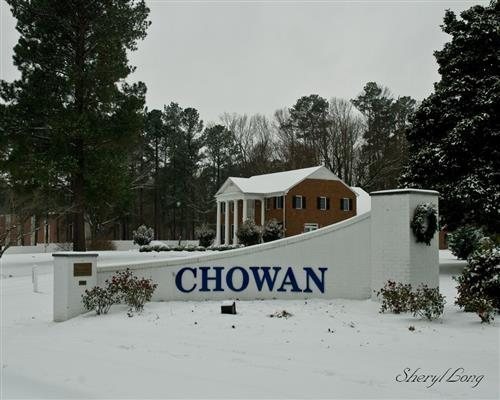 Founded in 1848 and with a current student body of only 1200 students, Chowan University is known for its united atmosphere and its athletic record. What the school is also known for, however, is its long history of paranormal disturbances. Its Music Hall is haunted by a piano-playing ghost, while the second floor of Mixon Hall is haunted by the ghost of a student who hanged himself. Belks Hall is haunted by both a student who committed suicide and a screaming/laughing little girl who rode her tricycle down the stairs.

The “Brown Lady” is perhaps the most disturbing and famous apparition that haunts the school. Lingering on the third floor of the Columns Building, her footsteps have been heard, leading to brief chases by security guards suspecting unauthorized students.